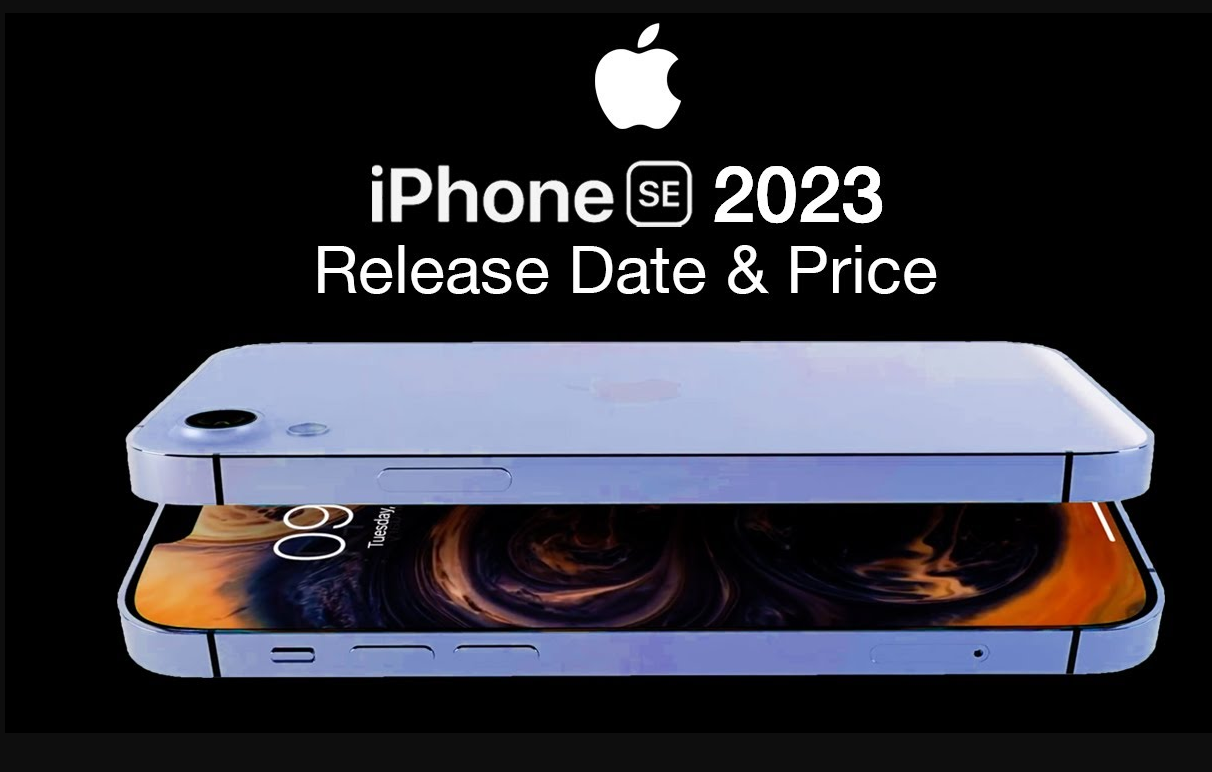 Apple in 2023: Predictions, rumors, and our hopes for the upcoming year

Apple had a jam-packed year in 2022. We received a redesigned MacBook Air M2, an iPad Air 5 with M1 chip, a rugged Apple Watch Ultra, an iPhone 14 Pro with an innovative Dynamic Island, and much more.

Not to mention, iOS 16 granted iPhone users greater control over their Lock Screens, and iPadOS 16 enabled app window resizing (finally!). Whether it be software or hardware, Apple had a successful year in terms of technology.

Now that 2022 has been bid farewell, it is time to observe what comes next. Apple could have an even more significant year in 2023. Together, we will dive into the rumor pool and add what else we’d like to see next year.

Let’s start with what could be Apple’s most important announcement of 2023, and arguably its most exciting news in a decade. Given that AR and VR headsets have been around for years, Apple creating its own augmented reality (AR) and virtual reality (VR) headsets isn’t exactly new. Yet, despite the company’s sometimes sluggishness, it has rarely been without a gift. It has been conducting research and experimenting for many years prior to producing its own headset, which is expected to be released in 2023.

When this product is released, I believe it will have a unique twist that will appeal to a wider audience.

Currently, many people see AR and VR headsets as gimmicks. Yes, they can make you feel more connected to the game or activity you are participating in, but what should this technology be utilized for? Some companies are focused on video games, while others are pursuing business-related strategies. Despite this, AR/VR headsets are still not as popular as smartwatches, for example. I believe that Apple has identified the missing elements in the existing portfolio.

We don’t know much about Apple’s next mixed reality headset, but speculation and leaks provide us with a general idea. The initial version will likely cost a few thousand dollars and be aimed at professionals rather than typical customers. They may incorporate an 8K display, a powerful Mac chipset, cameras and other sensors to enable the execution of the experience. The company is now reportedly testing two variants, one based on iOS and the other on macOS, although it’s not known which, if any, will be released in 2023. In either case, we expect Apple to debut a headset for advanced users before releasing a consumer-friendly headset in the next few years.

Speculation is that the headphones will appear in the first half of 2023. However, due to certain obstacles, it does not appear that Apple will announce this device until later this year.

Apple has a history of reimagining established ideas in novel ways, so we’re curious to see how their headset shakes things up. As a result, the product category could become even more popular, and competitors will be asked to do even more. Whether you’re an Apple enthusiast or not, you can’t question the company’s propensity to create new trends and lead the way in the IT space.

Now, let’s talk about the iPhone, which is Apple’s most popular product. When Steve Jobs first showed off this legendary device in 2007, it was a shockingly new idea. Now, it’s a full-fledged icon that we use every day. But getting a new iPhone every year is no longer exciting. Sometimes the new features are really cool, but most of the time, it’s just a number or feature bump that changes nothing for most users. Your phone is already fast enough to scroll through social media, and a 20% faster processor won’t change the way you use your phone on a daily basis. Even so, the iPhone could have some interesting changes in 2023.

Let me start with the boring stuff. Apple could release the last version of its iPhone 14 series in 2023. In the spring of the past few years, the company has always announced a new iPhone color. No one knows what the new color might be, or if it even exists. We could also see an iPhone SE 4 that looks like the iPhone XR. After all, Apple needs to get rid of the iPhone SE 3’s old chassis as soon as possible.

But a new Ultra variant will be arguably the most exciting thing they have to offer. This will replace the current Pro Max model and give users more things they can’t get on the iPhone 15 Pro. The iPhone 15 Ultra could have a titanium body and only come in one color, just like the Apple Watch Ultra. It could also have a dual front camera system and other features that would make it worth the rumored $1,199 to $1,299 price range.

Apple has focused a lot on the iPad in recent years. We now have several iPad models that take advantage of the Mac chip, and iPadOS properly supports a keyboard, a mouse, resizable app windows, and external displays. The once neglected and elongated iPhone is now an incredibly thin mini computer. What can we expect from this industry next year?

The safest guess is a new entry-level iPad, which Apple usually updates every fall. This year we will get a redesigned iPad 10 at a higher price point. In 2023, Apple could sell the iPad 11 at a similar price, keeping the 2021 iPad 9 as an option for those on a budget. Considering that Apple will still sell the iPhone 12 in 2022 (2020), I would not be surprised if it continues to sell the iPad 9 in 2023. The other option is to discontinue the iPad 9 and iPad 10 and release the 11th generation model at a reasonable price.

Next up is a model that is particularly beloved by many: the iPad mini The last update will happen in late 2020, so we expect to see the iPad mini 7 in 2023. However, it is difficult to say what technology it might contain, as there are no solid rumors about it.

As for the iPad Air, I suspect we will see a new model in 2023. Apple is not in the habit of updating variants of the Air every year, and with the recent launch of the M1 in spring 2022, the current iPad Air 5 is future-proof enough to skip the 2023 update.

Finally, a redesigned iPad Pro has been rumored for some time. The M2 update, coming in late 2022, is disappointing to say the least. It remains to be seen whether Apple will refresh the product with an external device in 2023.

Let’s move on to Apple’s powerful computer product line. In case you missed it, the company currently sells the MacBook Air, MacBook Pro, iMac, Mac Mini, Mac Studio, and Mac Pro (that’s a lot of Macs!) …. The M2 MacBook Air recently underwent a complete overhaul, and we may see a new 15.5-inch model in 2023. That would be in addition to the 14- and 16-inch MacBook Pro M2 Pro and M2 Max models. We expect these models to have the same boxy design and notched display as the 2021’s, with upgrades limited to chip enhancements.

Shifting attention to the iMac, Apple last overhauled this all-in-one (AiO) computer in 2021 when it introduced a new exterior design and M1 chip; given the nature of the AiO, we expect a refresh inside in 2023. The M1 chip is already more than two years old, at which point iMacs should be able to use faster processors.

In the Mac Mini department, we had expected Apple to overhaul the M1 variant this year, but that did not happen. Rumor has it that it will be released in 2023. This means that the next Mac Mini could be released next year with either a more sophisticated build or an M2 chip. Conversely, the Mac Studio may not be upgraded in 2023, as it is still a new device and it will likely take Apple longer to develop the M2 Ultra chipset.

Finally, there is the Mac Pro (aka Cheese Grater), Apple’s last computer without a silicon chip. The company had stated in 2020 that it would transition from Intel processors within two years. Now that this deadline has passed, we can expect to see a Mac Pro with an M family chip in 2023.

Other parts and pieces

Accessories, especially AirPods, have become some of Apple’s best-selling products, so we can expect some moves there. Apple, for example, might update and release a fourth-generation regular model, but we don’t know what that could mean right now. The AirPods Pro, on the other hand, are not likely to be updated in 2023, since they were just updated for the first time in three years. Lastly, the AirPods Max just turned two years old, and there have been rumors that Apple will release new color options. But right now, we don’t know if we’ll see them in 2023. Also, we don’t know if it will just be a new color scheme or a full or partial redesign with new features.

We can assume that, besides the AirPods, the company will start updating some of its Mac accessories to replace the Lightning port with a USB Type-C port. With the recent upgrade to the Apple TV Siri Remote, the company has already started moving in that direction, and other devices could soon follow. Apple is already planning to switch the iPhone 15 series to Type-C, so it would make sense for them to do the same thing with other accessories. Will there be an AirTag 2 by 2023? No one knows, but I don’t think so.

In 2023, we will probably see iOS 17, iPadOS 17, macOS 14, and watchOS 10.
Most likely, the first look will happen at WWDC23 in June, and the public release will follow in the fall. If Apple shows off the mixed-reality headset, we will also get to see a whole new operating system. You can’t guess what will be in any of these OS releases because leaks and rumors about software don’t happen as often as they do about hardware.

If Apple does release its mixed-reality headset in 2023, this coming year could be one of the biggest in the company’s recent history. Aside from that, we can expect upgrades across all of its product lines, but Apple may not make any big changes to its design language as it focuses on improvements.
No matter what, XDA will keep track of all the rumors as they come out, so be sure to check back in 2023. See you in 2019!

NEWER POSTAs of January 1, the WhatsApp application will no longer be available on some phone models. Full list
OLDER POSTApple announces new features for its news app