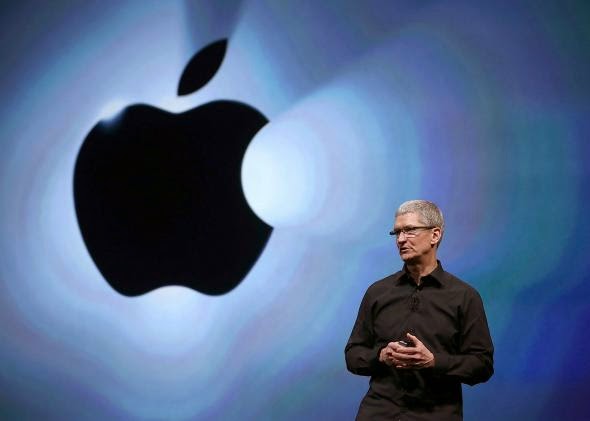 Tim Cook on the future of Apple: Apple is not becoming the new Microsoft

Although this may seem quite an optimistic project even for Apple, the famous company has always proved to be dedicated to new developments and unique technology.

However, most recently Apple was actually compared to Microsoft, being claimed that the famous company is trying to do too many things, without taking risks.

Well, now Tim Cook decided to set some things straight. The CEO of Apple talked about the future of the famous company. In an interview with Fast Company, Cook claimed that Apple lives “outside the box.” This actually was the way its former CEO, late Steve Jobs, saw the company he co-founded.

“Steve felt that most people live in a small box. They think they can’t influence or change things a lot. I think he would probably call that a limited life. And more than anybody I’ve ever met, Steve never accepted that,” Cook revealed.

Tim Cook also went on to say that Jobs influenced everyone at Apple to embrace this philosophy of life and believe that they can really change things. Cook claimed that it definitely influenced him and made him have “big ideas.”

The current CEO of Apple said that this philosophy actually influenced all the big decisions that the company made so far, including releasing the Apple Watch.

Cook revealed that since the Apple Watch needs an iPhone 5, 6 or 6 Plus to be able to work, the company hasn’t set a sales target for the new device, as there are some limitations on the market. Still, he believes that this new Apple product will do great, after all.

Cook claimed that the Apple Watch will actually be the first smartwatch “that matters.” Of course, this is not the first device of this kind that was released on the market. However, this is said to be the first product that will show users how to use the tiny computer on their wrist in the best way possible.

Still, no device is perfect, so Cook admitted that sometimes, Apple products also come with some bugs. However, he claimed that buggy software releases or cloud services that do not work as expected only show that the company is “human sometimes.”

While talking to Fast Company, Tim Cook also revealed that he does not like the comparison between Apple and Microsoft, as the two companies are very different. The famous CEO of Apple said that his company is “wiling to lose sight of the shore” and drop existing technology in the name of progress.

However, Microsoft’s problem is that it cannot “walk away from legacy stuff,” Cook believes. And there might be some truth in his claims. The fact is that many companies have been so attached to the legacy of the old Windows releases that they found it really hard to update.

On the other hand, “we change every day,” Cook said about Apple. Still, he wanted to make sure that everyone knew that although the company is changing, the values that Apple has had since its first days are still there.

“I don’t think the values should change. But everything else can change,” Tim Cook concluded.

Cook also opened up about the fact that he decided to keep Steve Jobs’ old office at Apple exactly the way it was. He revealed that he hasn’t move in the office or used it for anything, actually keeping intact everything the way it was when Steve Jobs used it every day. Cook motivated his choice by saying that Steve Jobs was an irreplaceable person, so it did not feel right to change anything.

“His name should still be on the door. That’s just the way it should be. That’s what felt right to me,” Tim Cook concluded. Tim Cook was named the CEO of Apple following the death of Steve Jobs.

Jobs actually was the one who named Cook as his successor and without a doubt he made a good choice. Tim Cook has managed to keep his legacy alive, while bringing Apple to new heights of success.